Nothings turns a bunch of brothers into what could rival the Salem Witch Trials than a mystery infraction. There was a pee puddle in the bathroom. No one was a suspect and everyone was a suspect.

“I only use the upstairs bathroom.”

“Sure, I’ve used that bathroom, but not today.”

Finally,  my years of reading Encyclopedia Brown and Nancy Drew, plus watching 24 – Season One (let’s be real, it’s the best season and the only one worth referencing) would be put to good use.

I gathered up the usual suspects, but really, I figured it had to be the youngest. He holds his pee until near-bursting level and then panics. You don’t have to be Jack Bauer to deduce that he was the most likely culprit.

There was only circumstantial and anecdotal evidence at this point. Plus, all the “witnesses” had a vested interest. Further investigation was required. And as I investigated, other crimes came to light.

First, there was the second offence of “Who Stuck a Sticky Octopus on the Ceiling After Mom said to Stop Throwing it in the House and Everyone Promised Not to Do it Any More?” Were the two cases related? 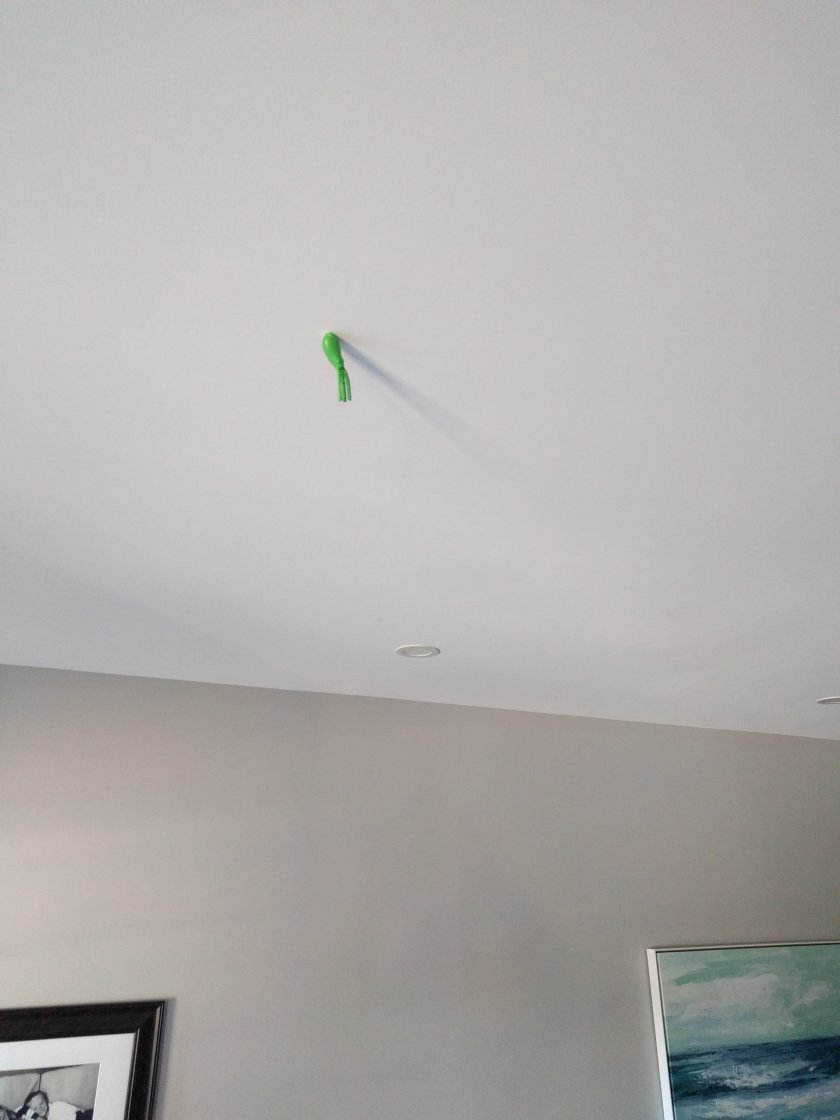 Next, a savvy vandal had replaced all the pawns from Chutes and Ladders with updated versions. Could it be one and the same? Or perhaps, a ring of unsavory characters had infiltrated our home? 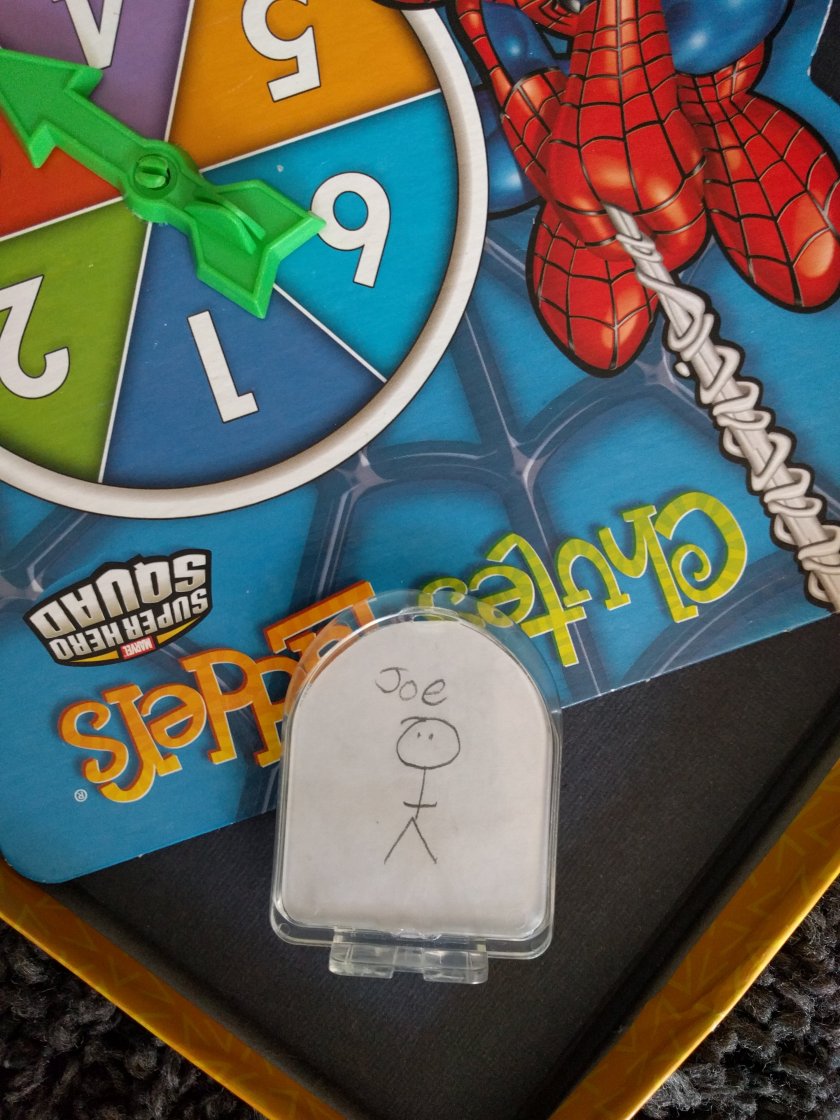 The range of drawing ability indicated perhaps more than one culprit. Or was it a red herring? 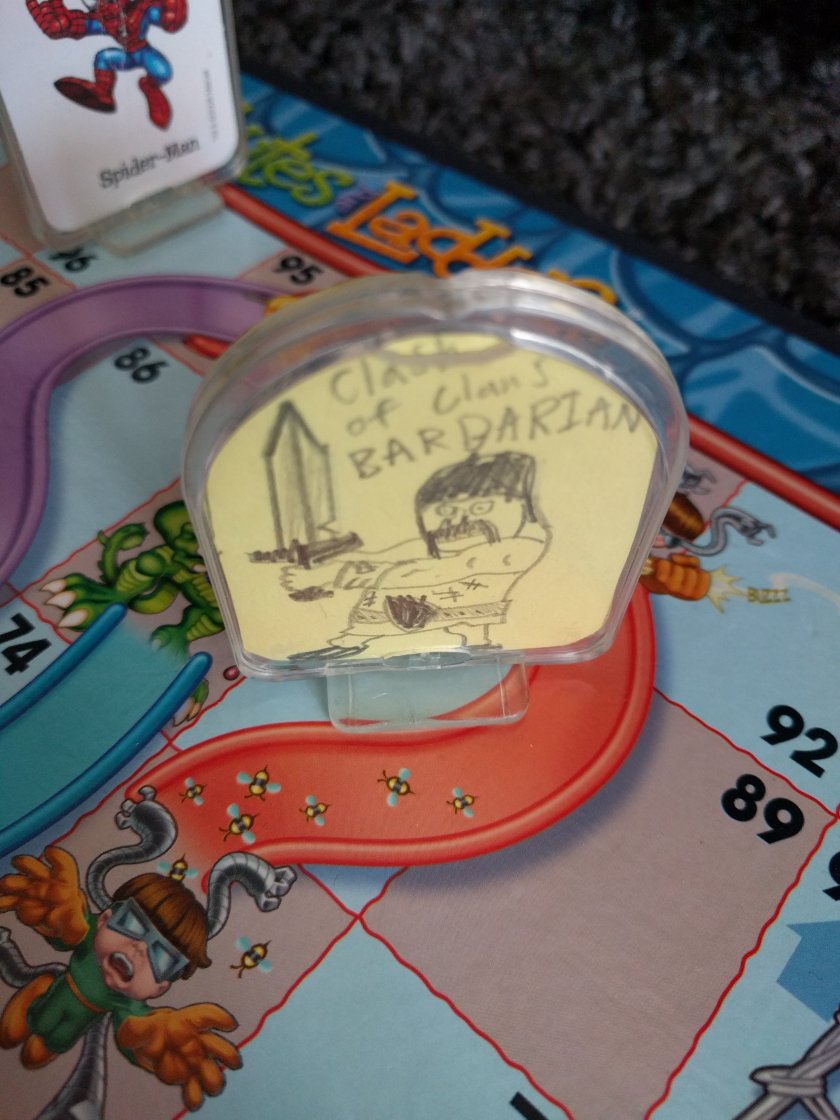 Finally, I strolled into the basement to discover this storage bin carnage. What band of hooligans had sought out our family and why? The crimes definitely must have been related. 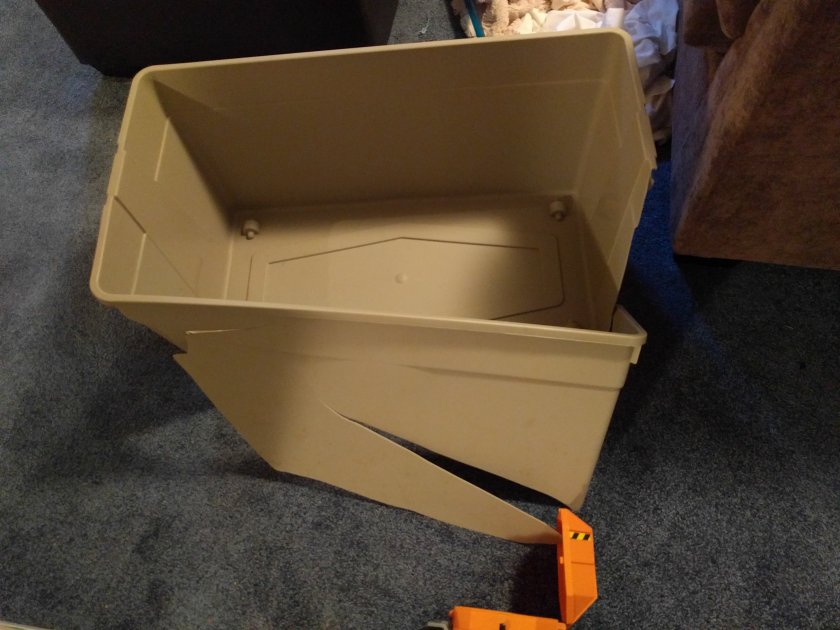 It was time to turn up the heat. No more Mrs. Nice Mom-playing-detective. It was time to employ Cuddle Protocol. For the uninitiated, this involves inviting a youngster to “come here for a second” and then gently prod them for the truth. Key point in this strategy is to allow the suspect to forgo eye contact. I like to use the “Get-Along Chair” but any cozy furniture will do. Bluffing is not required, but it is recommended.

“Hey buddy, I know what happened in the bathroom, but I’d like you to tell me. You’re not in trouble, we just need to problem-solve.”

(when met with denial, go with facts, reader)

“That’s funny, because I also discovered a pair of soggy pee socks in the garbage. Almost like you were trying to hide evidence.”

These two identical statements were very specific and he was adamant. Obviously this indicated he did something, his guilt was almost palpable. Let’s look at what he did not say. He never said he didn’t do it, just that he didn’t pee his pants. Very telling. Very telling indeed.

Again, I remembered to avoid eye contact and maintained a mellow and relaxed demeanour.  Then I went in for the closing argument and he crumbled like an overbaked muffin which of course I would know nothing about since I pay close attention to all baking endeavours.

“Did you use the bathroom right before we left for school this morning? And did you have to pee really badly? Did you, in fact, pee through the toilet seat and the bowl thus producing a giant pee puddle on the floor? And upon realization you removed your wet socks hoping to destroy the evidence even though they were brand new? And finally, did you or did you not dash out of the house without even a hit of the urine apocalypse that would await your mother after a hard day at work? IS THAT NOT WHAT REALLY HAPPENED? Remember, I’m not mad, just disappointed.”

Case closed, but my work was not done. Now I had to move on to my next mystery: Who Ate Mommy’s Super Secret Stash of Chocolate That Only A Grown Up Could Possibly Reach?

Me to Bearded Husband, “Hey buddy, come here for a minute. I know what happened to that bag of mini-Twix I bought, but I’d like to hear it from you. You’re not in trouble…”

Embracing my inner child since 2005. View all posts by Jan Moyer

6 thoughts on “The Case of the Mysterious Pee Puddle”

© Janice Moyer and Tough Bananas, 2013. Unauthorized use and/or duplication of this material without express and written permission from this blog’s author and/or owner is strictly prohibited. Excerpts and links may be used, provided that full and clear credit is given to Jan Moyer and Tough Bananas with appropriate and specific direction to the original content.
Loading Comments...
%d bloggers like this: